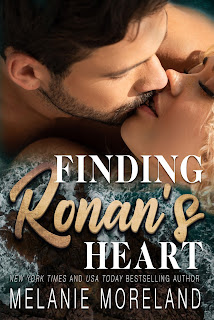 “The boys.”
“The Callaghan Triplets.”
“Three of a kind.”
All his life, Ronan Callaghan has been part of a group. Always looking out for his brothers. Never seen as an individual or judged on his own merits.
When his brothers veer onto their own path, he finds himself alone. Restless.
Then he meets her.
Beth.
A waitress who sees him just for himself. None of the trappings of his wealth or family.
A woman who only wants to know him—Ronan.
She captures his heart, but how will she feel when she discovers the truth he’s holding back?
Can he show her the man he really is?
That he would be rather be hers than anything else?
Read more »
Posted by Pam Buchanan at 8:00 AM No comments:

The Soldier by Renee Rose is now live! 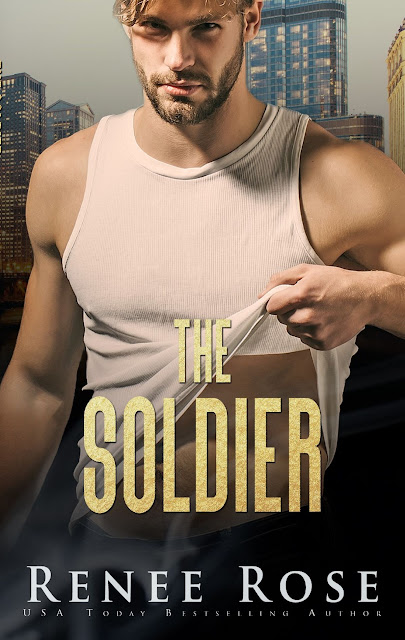 I SHOULD GIVE HER UP—SET HER FREE.
The Russian army made me a killer, but the brotherhood made me what I am.
Ruthless. Deadly. Irredeemable.
Which is why Kayla should stay away.
The innocent young actress has a bright future ahead of her,
so long as someone doesn't break her first. Someone like me.
Every weekend, she gives herself to me fully. Without question. Without hesitation.
She's mine to command.
In return, I give her what she craves—pain and pleasure.
But it's a fantasy that can't ever become reality.
We're playing with fire,
but I can't seem to let her go...
Read more »
Posted by Pam Buchanan at 8:00 AM No comments: 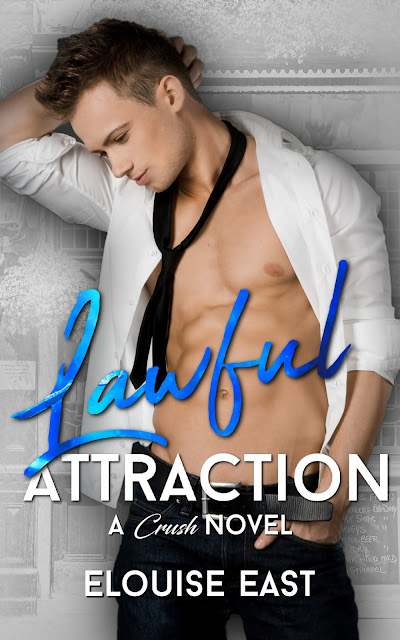 An MM romance about life, love, family and beating the odds, especially when it involves a police officer and a dancer.

There’s a fine line between protecting and stalking...

Logan has unwavering loyalty to the law, and when he finds Bastien in a precarious situation, his protective instincts flare up to an all-time high. His need to help overshadows everything else, including his sense. Unfortunately, the dancer doesn't want his help.

What Bastien does for a living doesn't mean he has no morals. He has to live, and his wages and tips don't always cover everything. He's glad he doesn't have anyone who relies on him because he can barely make ends meet working all the hours of the day. When a so-called friend turns on him, who does he have left?

Can they put their differences aside and realize what is right in front of them?
Read more »
Posted by Pam Buchanan at 8:00 AM 1 comment:

Release Date: July 27
Catch up with the Greene family during their annual summer party.
There's sure to be surprise announcements and unexpected guests!
Pre-Order Your Copy Here!
Add to your Goodreads TBR List! 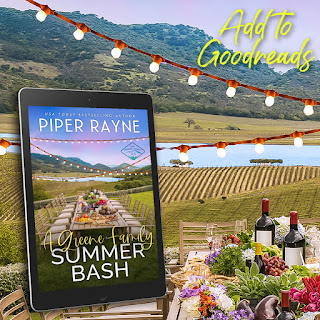 Read more »
Posted by Pam Buchanan at 8:00 AM No comments: 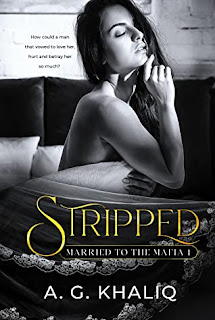 When a mysterious man saved Raven after an incident at the strip club she worked at, the last thing she expected was to be plunged into the dangerous world of organized crime.Unfortunately, her new life with Lazarus was filled with nothing but lies and empty promises.How could a man that vowed to love her, hurt and betray her so much? It didn’t matter how hard she tried, Lazarus always manipulated the outcome. Raven was a prisoner of her own life, until finally one day, her path led her to Damon in the most unexpected way.However, as Raven and Damon got closer, things only got more complicated and dangerous.Nothing was as it seemed, and Lazarus made sure to still control every outcome.Will Damon be able to save Raven from the shackles of her life, or will Lazarus once more get his way?
Read more »
Posted by Pam Buchanan at 7:30 AM No comments:

TBR Alert - ANYTHING FOR YOU by K.B Barrett 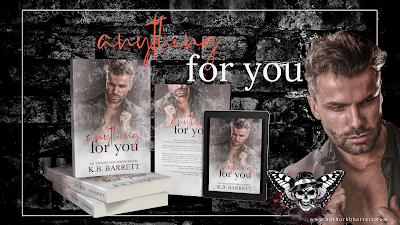 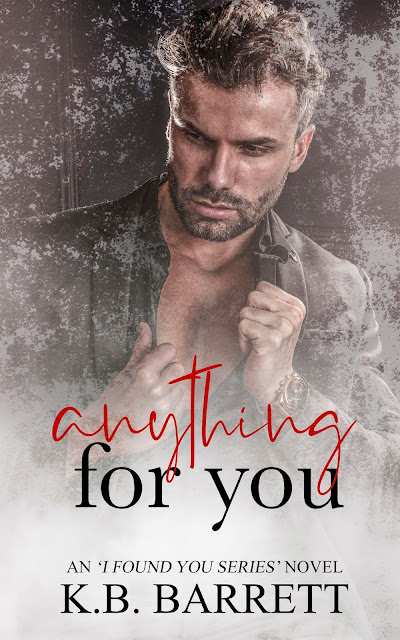 Read more »
Posted by Pam Buchanan at 7:00 AM No comments: 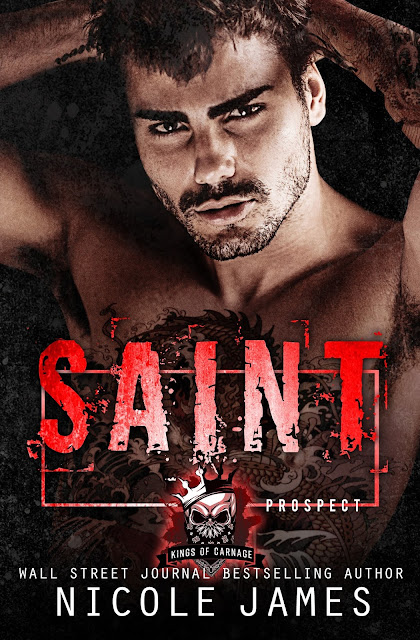 She’s a favor, a debt I owe—that’s all.
Kami—
I’m no longer the little girl he once knew, one who believed in fairy tales.
And he’s no longer the white knight I believed him to be.
How can he be when he shows up on a black Harley wearing leather and biker boots?
I didn’t want this, but the decision is out of my control.
Now I’m his.
I have to remember this is only temporary.
I can’t let the way his predatory gaze sets fire to my body fool me.
Because I’m just a debt he’s paying, and I can’t risk my heart by letting myself believe it can ever be more.
Not with a man like him.
He’s dangerous, and only focused on one thing—securing his place with the baddest MC in town.
He’s no longer the boy I remember when I was nine years old—the one who helped me when I got stuck in a tree. The one who climbed up, wrapped an arm around me and hauled me down to safety, calling me short cake.
He was my savior then—a childish crush—but we’re no longer children.
Now he’s a stranger.
Now he’s my husband.
Saint—
I took her with me because I had no choice.
If I owe a debt, I pay it.
I owed her mother a favor, but I never expected the repayment to include marrying her seventeen-year-old daughter. When she begs me to take Kami with me to protect her, do I have a choice?
Besides, it’s only temporary. Just until she turns eighteen.
Only 90 days to go.
I can resist her that long, right?
ADD TO GOODREADS
Read more »
Posted by Pam Buchanan at 8:00 AM No comments: 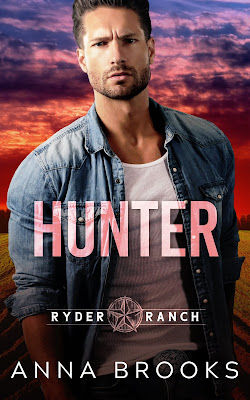 I never expected a runaway cow would have led me to the love of my life, but chasing after that heifer turned out to be the best decision I ever made.

Summer Paige was lost, alone, and a mess… just like her nearly totaled car. After a glass of whiskey and a promise to keep her
safe, I convinced her to stay while she got back on her feet.

It wasn’t long before the innocent beauty turned my life upside down, and I realized she was everything I didn’t know I wanted.
Life was perfect. Until the day I woke up and found her gone.

Her letter was supposed to explain why she left, but it did the opposite and made me want her even more. I had to prove that her past didn’t matter to me because all I wanted was her future. And I intended to do just that… as soon as I found her. 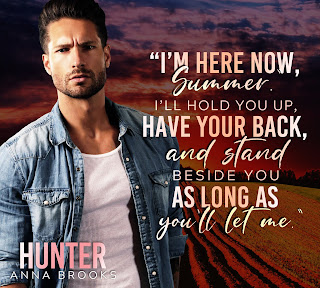 4 Stars
Summer is running from her past as fast as she can. It's not something she likes to talk about, so she avoids it when she can. She isn't super excited about where she is headed either. A wrong turn finds her in the middle of a property she shouldn't be on. When she sees a cow running her way, she panics. Only to find herself a real life cowboy coming to her rescue. The lure of a great small town and people that seem to be genuine for the most part, has her embracing her stay while she waits for her car repairs.
Hunter is a hard working family guy, who lives on his family land and helps with the family ranch. As much as he loves the life he has, he longs for a partner and a family of his own. Don't get me wrong he has his concerns, but who wouldn't when you mother up and walks out of your life? When he find a blonde beauty on his land, he has an instant want for her, to protect her and to keep her.
This book is filled with lots of ups and downs. Emotions are all over the place but for Summer and Hunter there is a fast connection, a feeling of safety and contentment. Could these two broken souls find the love they need to help push their issues away?
A strong start to a new series with lots of characters to get their turn. A great small town, close nit family feel.
*** Advanced copy provided in exchange for an honest review. *** 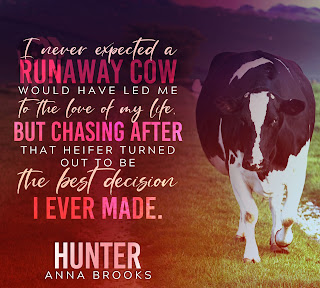 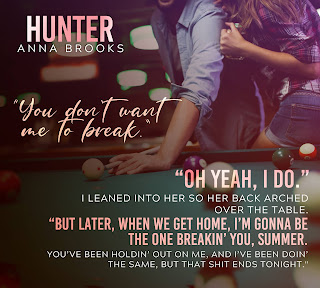 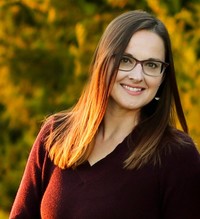 The first time Anna tried to read a romance novel, her hair caught on fire when she leaned over a candle to sneak a peek at her mom’s Harlequin. She thinks being hit on the head with a shirtless Fabio until the smoke cleared is what sparked the flame for her love of romance.

Anna was born in Wisconsin, but currently lives in Texas with her husband and two boys.

She writes sexy romance that always has a happy ending and loves bringing characters back for cameos. Less than six degrees of separation connects any of her novels.

When she’s not writing or reading, she’s watching reruns of her favorite romcoms, talking to her dog and cat like they’re human, eating carbs, or practicing hand lettering.

She loves to hear from readers and can be found on social media as @annabrooksauth everywhere.

Posted by Pam Buchanan at 9:00 AM No comments: 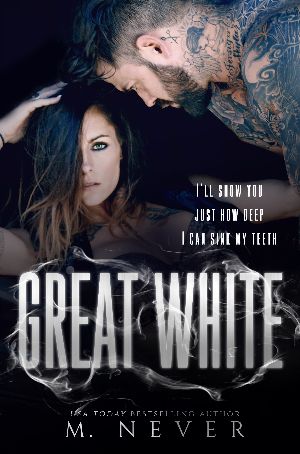 
Once, I wished I was more.

And then one night I was forced to become all those things. I pulled the trigger and changed my life forever.

Now I’m an assassin for a Queen Pin, and together, we are taking the cartel world by storm. Sex, drugs, and secrets surrounds us like smoke. The DEA is breathing down our neck and a rival cartel is threatening to destroy us.

But I didn’t come this far to be intimidated or pushed around. Not by the DEA or the Rayas cartel. I didn’t shift my entire universe so some, cocky, sweet talkin’ recruit can get in my pants, either. Those days are over. I’m not that easy anymore.

Tate may be sexy, deadly and dangerous —his tongue his most lethal weapon— but my body and my heart just aren’t on the table. I won’t let another man derail my life, no matter how drawn or attracted I am to him. Or how much I hate seeing him with another woman.

The only thing I have left to offer is death.

They call me La Tiburona—the shark. And I’m not afraid to show you just how deep I can sink my teeth.


** Great White is a romantic suspense with dark elements. Reader discretion is advised.

Read more »
Posted by Pam Buchanan at 8:00 AM No comments: 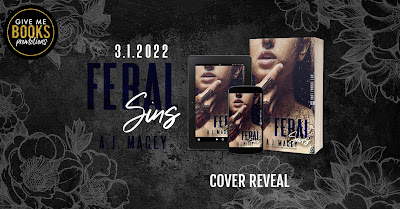 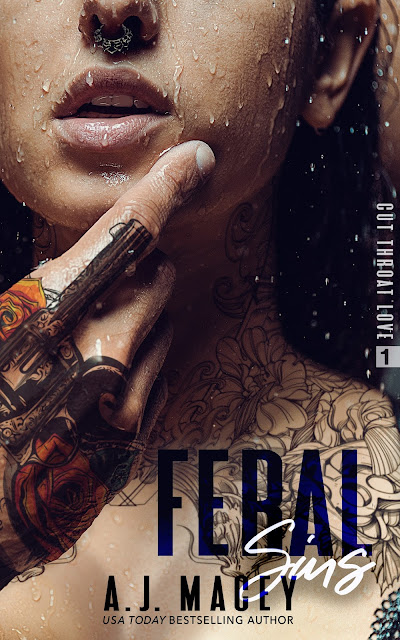 I left with the intention of never returning to the Undertakers compound…
Until one day, he comes to claim what’s his.
Years I’d left and never looked back and while it wasn’t all glitter and roses during that time, it sure as hell beat the alternative. Owned a bar, had a business partner who put up with my sh*t, everything going exactly how I wanted. Until one day I wasn’t fast enough to get away and I found myself back at the criminal enterprise I’d known my whole life.
Staring at the man who used to be my childhood best friend, but that was in the past. His great looks would never take away that he thought he owned me mind, body, and soul.
His wife and all the crap about till death do us part.
But soon enough, Cyrus will learn that I’m no one’s property.
ADD TO GOODREADS
Read more »
Posted by Pam Buchanan at 8:00 AM No comments: