The sixth book in the #1 iBooks bestselling Gypsy Brothers series.

"Juliette and Jase may be out of Dornan's immediate reach, but as tensions rise, will they end up walking right into the enemy's trap?

Can Juliette forgive Jase for his devastating betrayal, or will it destroy everything they've been fighting for?" 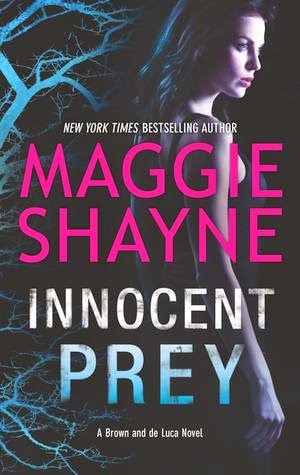 "To save innocent lives, they'll have to risk their own.

Self-help superstar Rachel de Luca and Detective Mason Brown have finally given in to their overwhelming attraction to each other, but neither of them is ready to let physical passion turn into full-blown romance, so they carefully maintain an emotional distance. Then a judge's daughter disappears, and Mason has a terrible sense that it's connected to the most recent case they solved together: the abduction of Rachel's assistant.

The discovery of a string of missing women—all young, all troubled—seems like a promising lead. But there's no clear connection between the missing girls and the high-profile young woman Mason is trying to find. He realizes that once again he'll have to rely on his own well-honed instincts and Rachel's uncanny capacity to see through people's lies in order to catch a predator and rescue his captives. But can they do it before Rachel becomes his next victim?"

"Darkness is the only thing I see. Ever since the day my life changed. The day that everything and everyone I held close to me ceased to exist. The day I lost it all and the demons of my past consumed my every waking moment.

I tried to keep others at arm’s length. Tried not to let my darkness taint them. Ruin them. Harm them. And whether I want to admit it or not, as much as I wish I could keep them locked out, they refuse to leave. Refuse to let me suffer alone.

If I hadn’t been so focused on keeping those demons from flying free, I wouldn’t have missed how one perfect angel was able to sneak her way under my skin—refusing to let go. Making me want things I don’t deserve.

She consumes me. Her beauty knows no end. The love she promises tempts me every time she’s near. But that pure heart that makes her MY Emmy is the one thing I’m convinced I’ll destroy if I ever let her close.

I’m a broken man. A broken man with too much darkness in his soul to ever let her light shine upon me. But even that doesn’t stop me from craving her with every single breath in my body." 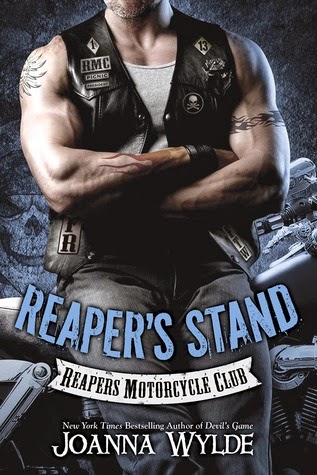 "As Reapers Motorcycle Club president, Reese “Picnic” Hayes has given his entire life to the club. After losing his wife, he knew he’d never love another woman. And with two daughters to raise and a club to manage, that was just fine with him. These days, Reese keeps his relationships free and easy—he definitely doesn’t want to waste his time on a glorified cleaning lady like London Armstrong.

Too bad he’s completely obsessed with her.

Besides running her own business, London’s got her junkie cousin’s daughter to look after—a more reckless than average eighteen-year-old. Sure she’s attracted to the Reapers’ president, but she’s not stupid. Reese Hayes is a criminal and a thug. But when her young cousin gets caught up with a ruthless drug cartel, Reese might be the only man who can help her. Now London has to make the hardest decision of her life—how far will she go to save her family?"

SWEETER THAN SIN by Shiloh Walker

It took years for Adam to stop drowning his regrets in alcohol, and running the local bar doesn’t make it any easier—especially not when everyone he knows gathers there to discuss the shocking allegations that have shattered his hometown. When another murder rocks sleepy Madison to its core, it becomes chillingly clear that even more vicious wounds are waiting to be exposed.

Nothing is sacred anymore, and no one is safe, least of all the mystery woman who shows up in town out of the blue, looking like every fantasy Adam’s ever had. She may have her own dangerous secrets, but she can’t ignore the urgent heat between them any more than he can. As a killer’s quest for vengeance explodes into violence, Adam is tempted to lose himself in the delicious promise of her body—until he realizes he’ll risk anything if she’ll give him her heart…in Sweeter than Sin by Shiloh Walker."

MINE TO HAVE by Cynthia Eden

"Is he a hero…or the villain?

When Elizabeth Ward sees Saxon Black rushing into the backroom of The Blade—a low end bar in Miami—she isn’t sure if he’s there to save the day…or just to raise some hell. But she’s being held hostage, and he’s her best hope of survival. Within minutes, she’s away from the jerks with the guns and riding fast and hard on the back of Saxon’s motorcycle.

Saxon has been working undercover for far too long. When he finds sexy Elizabeth—with a gun to her head—he knows he will do anything to keep her safe. But once he gets her away from her abductors, the threat to her isn’t over. Someone has put a price on Elizabeth’s head, and if Saxon can’t keep her safe from the danger stalking her, then she’ll be dead.

Their lives are both on the line.

As their enemies close in, Elizabeth and Saxon must go on the run. And the longer they are together, the hotter their attraction for one another seems to burn. Saxon vows not to let anyone hurt her, no matter what he has to do, because he’s falling fast for Elizabeth. He’ll stop the killers on her trail, and then he’ll have her. Forever."

HE'S SO FINE by Jill Shalvis 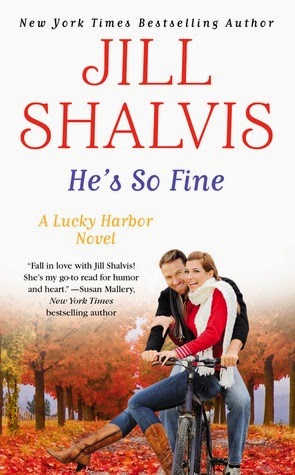 "For Olivia Bentley, Lucky Harbor is more than the town where she runs her new vintage shop. It's the place where folks are friendly to strangers-and nobody knows her real name. Olivia does a good job of keeping her past buried, not getting too cozy with anyone . . . until she sees a man drowning. Suddenly she's rushing into the surf, getting up close and personal with the hottest guy she's ever laid hands on.Charter boat captain Cole Donovan has no problem with a gorgeous woman throwing her arms around his neck in an effort to "save" him. In fact, he'd like to spend a lot more time skin-to-skin with Olivia. He's just not expecting that real trouble is about to come her way. Will it bring her deeper into Cole's heart, or will it be the end of Olivia's days in little Lucky Harbor?"

Which ALPHA Athletes are the Sexiest?? & GIVEAWAY!!

Which Alpha Athletes Are The Sexiest?

Jill Shalvis, author of It’s In His Kiss, makes the case why surfers are the sexiest Alpha athletes.

There’s something about the laid-back, easy-going ‘tude of a surfer. This isn’t to say they’re beta, because I think that to tackle the waves and the lifestyle, they are actually pretty alpha in general. But I like that easy going, laid back kind of alpha. Tough and take charge when they need to be, but also calm and quiet and … well, sexy as hell.

"With his chiseled jaw and thick blond hair, Harrison Montgomery was born to lead. Four generations of Montgomery men have served the state of Georgia, and now he’s next in line. Harrison, though, is driven to right wrongs: namely to clean up the political mess left by his father’s greed and corruption. But Harrison must first win his congressional bid, and nothing can get in his way—not even an angel who served him whiskey and gave him a shoulder to lean on and a body to love for a night. Problem is, she’s pregnant. Scandal is brewing, and there is only one solution: marriage.

Damage control? Ryan Kaminski can’t believe that a cold, calculating political animal now inhabits the body of the emotionally vulnerable stranger who gave her the most unforgettable night of her life. Really, she doesn’t want anything from Harrison, except to be left alone to have her baby in peace. But Ryan is broke, jobless, and essentially blackmailed by Harrison’s desperate family to accept this crazy marriage deal. For two years, she will have to act the role of caring, supportive wife. But what is Ryan supposed to do when she realizes that, deep in her heart, she’s falling in love?" 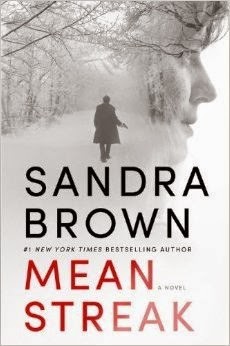 "Dr. Emory Charbonneau, a pediatrician and marathon runner, disappears on a mountain road in North Carolina. By the time her husband Jeff, miffed over a recent argument, reports her missing, the trail has grown cold. Literally. Fog and ice encapsulate the mountainous wilderness and paralyze the search for her.

While police suspect Jeff of "instant divorce," Emory, suffering from an unexplained head injury, regains consciousness and finds herself the captive of a man whose violent past is so dark that he won't even tell her his name. She's determined to escape him, and willing to take any risks necessary to survive.

Unexpectedly, however, the two have a dangerous encounter with people who adhere to a code of justice all their own. At the center of the dispute is a desperate young woman whom Emory can't turn her back on, even if it means breaking the law.

As her husband's deception is revealed, and the FBI closes in on her captor, Emory begins to wonder if the man with no name is, in fact, her rescuer." 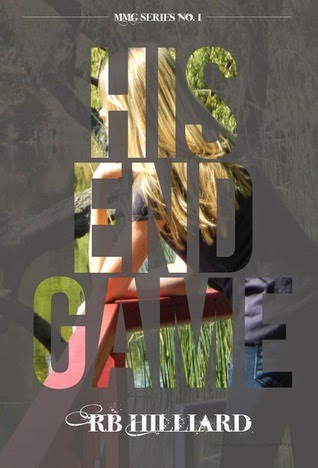 Ellie Davis has finally begun to mend the pieces of her shattered heart. With a new job slinging drinks behind the bar at Charlotte’s latest hot spot and a crush on her deliciously sexy bar manager things are finally starting to look up.

New job plus new man equals the perfect anecdote to help Ellie forget all about bad boy Max McLellan…or so she thinks.

This is Ellie’s journey and it isn’t always pretty. 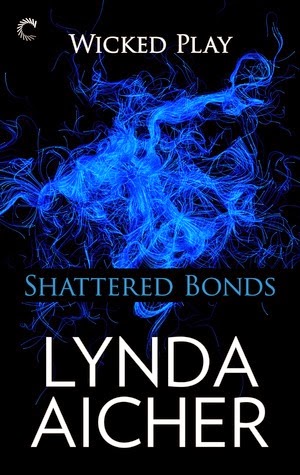 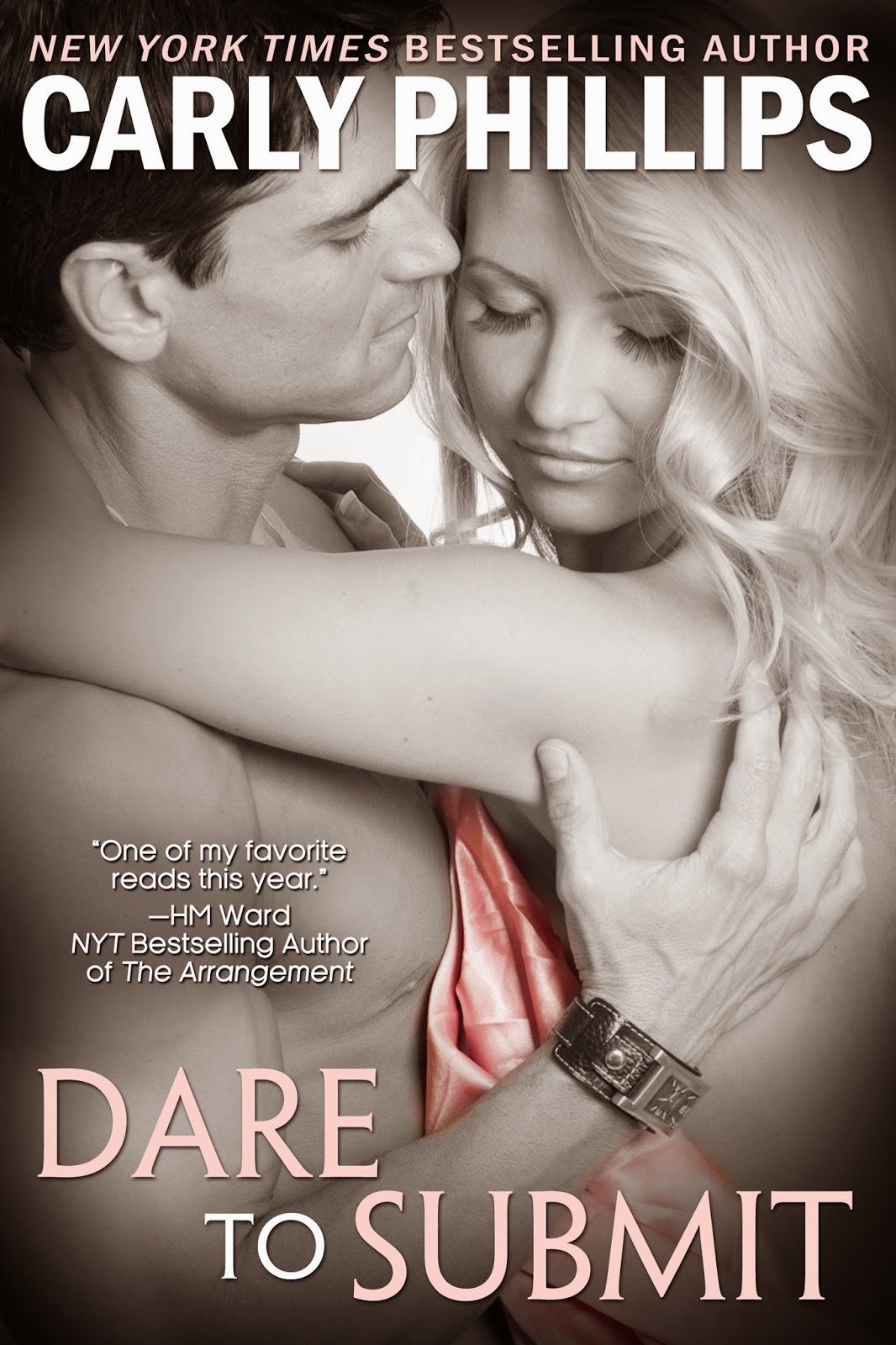