New York Times and USA Today bestselling author Laura Kaye brings you the second title in her Raven Riders Series, RIDE ROUGH. A sexy romantic suspense, you might’ve first met the Ravens in the Hard Ink world, but this series about a different kind of a motorcycle club with a protective mission stands on its own and is even sexier, edgier, and grittier! The Raven Riders Series takes you on a new adventure and kicks it into overdrive! Order your copy of RIDE ROUGH today! 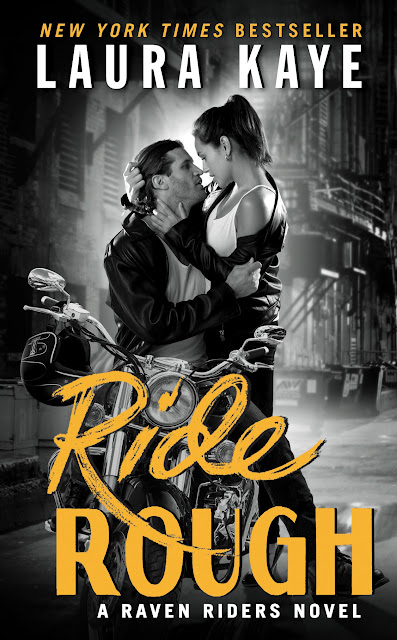 Maverick Rylan won’t apologize for who he is—the Raven Riders Motorcycle Club Vice-President, a sought-after custom bike builder, and a man dedicated to protecting those he loves. So when he learns that the only woman who has ever held his heart is in trouble, he’ll move heaven and earth to save her.

Alexa Harmon thought she had it all—the security of a good job, a beautiful home, and a powerful, charming fiancé who offered the life she never had growing up. But when her dream quickly turns into a nightmare, Alexa realizes she’s fallen for a façade she can’t escape—until sexy, dangerous Maverick offers her a way out.

Forced together to keep Alexa safe, their powerful attraction reignites and Maverick determines to do whatever it takes to earn a second chance—one Alexa is tempted to give. But her ex-fiancé isn’t going to let her go without a fight, one that will threaten everything they both hold dear.

Add to your Goodreads

And don’t miss all the books in the Raven Riders Series! 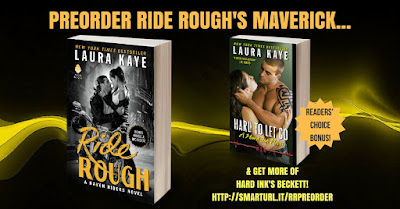 Order RIDE ROUGH by May 1st, fill out this form, and receive an email with a bonus short story of more of Hard Ink’s Beckett after Release Week! Don’t miss this amazing opportunity! 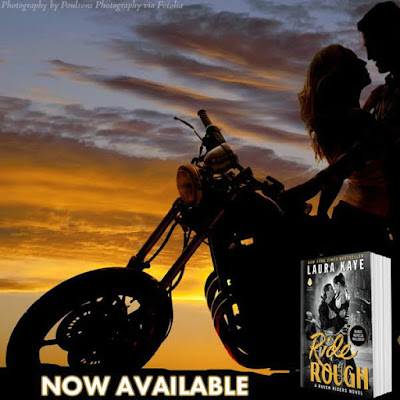 It was one of Maverick’s favorite dreams.

He and Alexa had gone up to Swallow Falls in Western Maryland for a weekend getaway and were staying in one of the mini cabins at the state park. After a day of hiking and swimming and picnicking outside, they’d come back to their cabin tired and ready to crash, but getting naked for showers had sidetracked them for hours. And even once they finally fell asleep, Maverick was hard and ready every time he woke up, and he took her again and again, falling asleep still buried inside her . . .

And fuck if he wasn’t ready right now.

He burrowed his face in Alexa’s soft hair and banded his arm around her stomach. His hand filled with the soft mound of her breast. He pulled her back against his chest and ground his erection against the swell of her ass.

Hell, yeah. He nuzzled her neck, kissed her there, tasting and nipping and sucking. God, he needed in her. “Fuck, Alexa,” he whispered.

Her hand gripped his. “Maverick.”

He rolled her under him and crawled on top of her, his body falling into the cradle of her spread thighs.

He frowned and kissed her jaw, her cheek, her mouth. It was the kiss that did it. Something wasn’t right. The memory playing out in his sleep-fogged mind didn’t feel like the reality confronting his physical senses. His eyes blinked open. And he found himself lying on top of Alexa. Not in the cabin at Swallow Falls years before. In the gray morning light of his house. Her wide hazel eyes stared up at him.

He reared off of her in an instant. “Fuck,” he said, coming to stand by the couch. Alexa looked stunned—and so fucking sexy that Maverick barely resisted crawling back on top of her. She lay on her back in his clothes, on his couch, her knees drawn up and falling out, her hair sleep-mussed and sexy. Jesus. He adjusted himself, unable to hide his raging hard-on, and scrubbed at his face. “Goddamn dream. I’m sorry, Alexa. I didn’t mean to do that.”

His gaze narrowed. “Don’t ask a question you don’t want the answer to.”


Alexa should be on top of the world. About to be married to the rich developer, budding career, finishing school. She is so close to having the controlled cookie cutter life she has been dreaming of. Grant is even helping her look after her mother. But for some reason she cannot help feeling something is off. Grant has been very touchy as of late and making her feel like she has to be looking over her shoulder at every turn. She is always worried she might do something to set him off. That is not anyway to live.

Maverick reluctantly let Alexa go when she pushed him away all those years ago. But after coming to the clubhouse not to long ago all banged up, he just feels the need to keep an eye on her. When he finds her locked out of her own home, that is the last straw for him. He is determined to look out for her and help her rid herself of the controlling fiance. He would be more than happy to fill the guys shoes but refuses to push her into anything.

The more Alexa tries to step away from Grant the more insane he seems to become. In is determination to keep her, he threatens the Ravens and their club. Will they be able to help Alexa? What will be the fall out to the Raven's for stepping in? Will Maverick and Alexa find the love they let slip away?

Laura has done a great job with this series. She has tackled some pretty difficult subject matter but the family that the club has always seems to win.I love that she has brought back little bits and pieces of the Hard Ink crew when needed. Just builds the connection to the characters. Looking forward to seeing where she takes us next.

*** Advanced copy provided in exchange for an honest review.*** 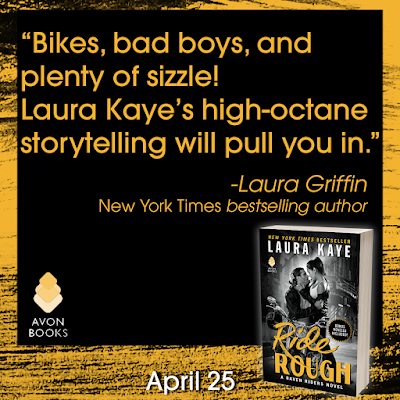 From the TBR Pile – Review & Excerpt

It's All About the Romance – Excerpt

Thoughts of a Blonde – Review

Books According to Abby – Review & Excerpt

For The Love of Fictional Worlds – Review & Excerpt

With Love for Books – Review

A small girl, her man and her books – Review & Excerpt 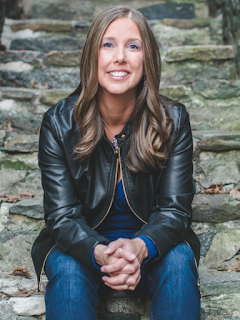 Laura is the New York Times and USA Today bestselling author of over thirty books in contemporary romance and romantic suspense, including the Hard Ink and Raven Riders series. Growing up, Laura’s large extended family believed in the supernatural, and family lore involving angels, ghosts, and evil-eye curses cemented in Laura a life-long fascination with storytelling and all things paranormal. She lives in Maryland with her husband, two daughters, and monster puppy, Schuyler, and appreciates her view of the Chesapeake Bay every day.